Today GitHub posted their article about open source in the Mars mission, and they now provide a badge on their site for contributors of projects that are used in that mission.

I have one of those badges now. Only a few other of the current 879 recorded curl authors got it. Which seems to be due to them using a very old curl release (curl 7.19, released in September 2008) and they couldn’t match all contributors with emails or the authors didn’t have their emails verified on GitHub etc.

According to that GitHub blog post, we are “almost 12,000” developers who got it.

While this strictly speaking doesn’t say that curl is actually used in space, I think it can probably be assumed to be.

Here’s the interplanetary curl development displayed in a single graph: 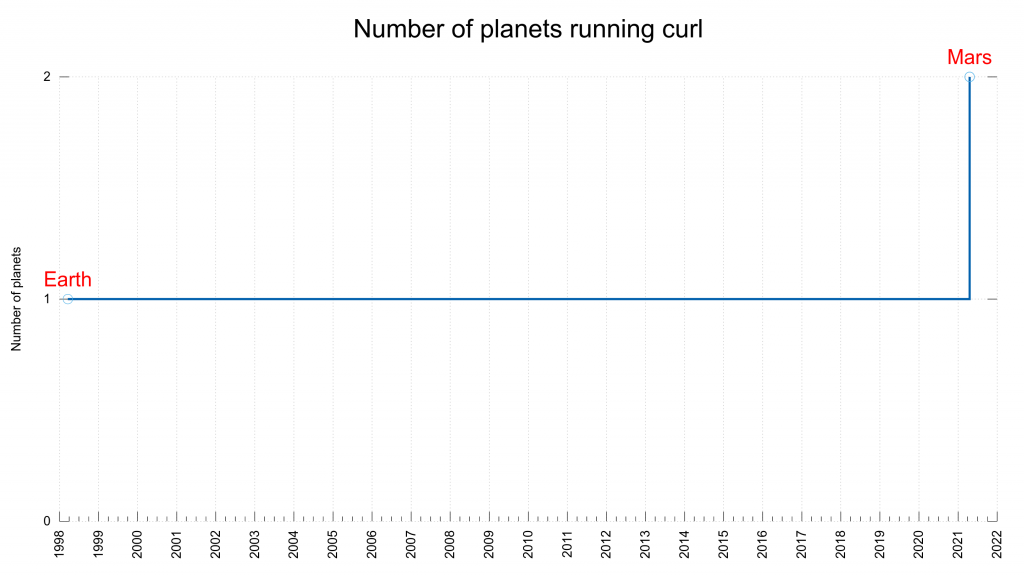