Let’s start with a look at the TLS 1.2 full handshake performing server-only authentication with certificates below. 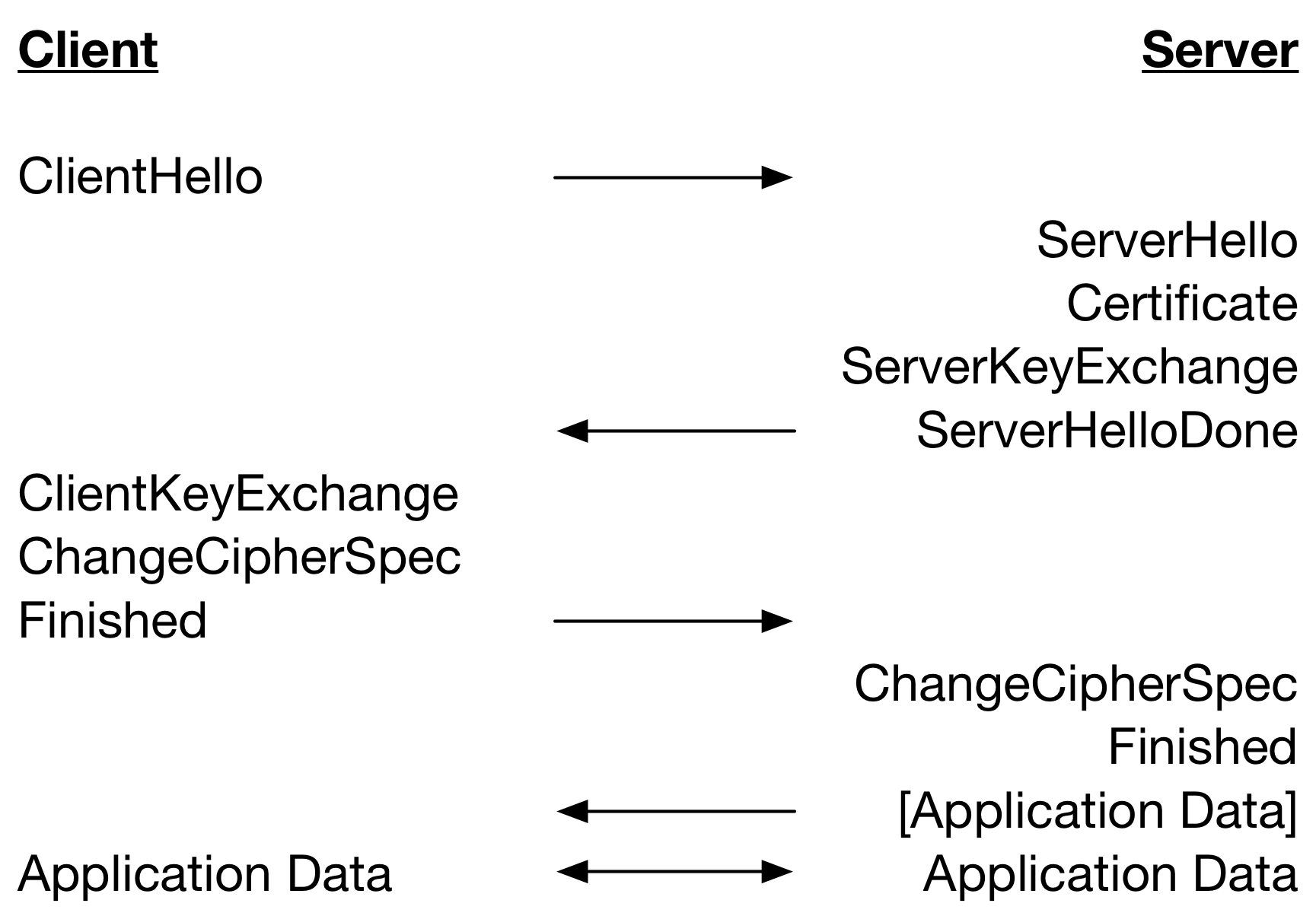 A TLS 1.3 full handshake (without HelloRetryRequest) performing server-only authentication with certificates is below. 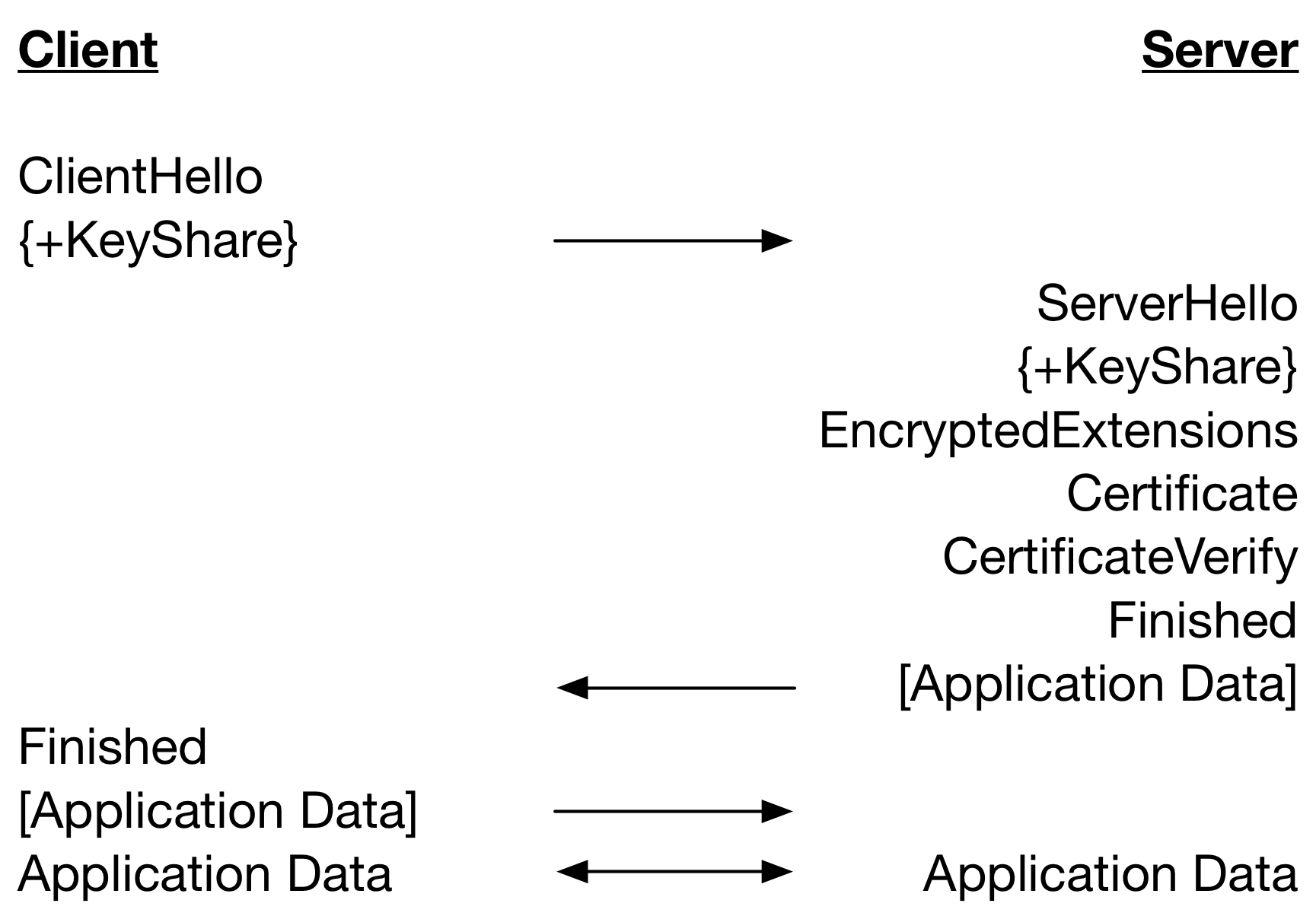 Notice that there is one less round trip until Application Data can be sent in TLS 1.3 as compared to TLS 1.2. This significantly improves performance especially on high latency networks. But, there is another source of performance improvement arising from the ordering of the handshake messages and when lengthy cryptographic operations are performed.

In the TLS handshake, the server waits on the ClientHello and then sends handshake messages as it produces them in separate packets. When packets are sent is dependent on the amount of processing required to produce the data. For example, to copy a chain of certificates into the Certificate messages is quick, while generating a TLS 1.2 ServerKeyExchange message is slow as it requires multiple public key operations.

The client receives the messages at various time deltas and also requires differing amounts of processing. For example, the Certificate message is likely to require at least one signature verification operation on the leaf certificate. This asymmetric processing of messages means that some handshake messages will be processed on arrival and some will have to wait for processing of previous messages to be completed.

The table below restates the TLS 1.2 handshake but includes processing of messages and the major cryptographic operations that are performed. Operations are on the same line if the they are performed at the same time relative to network latency. 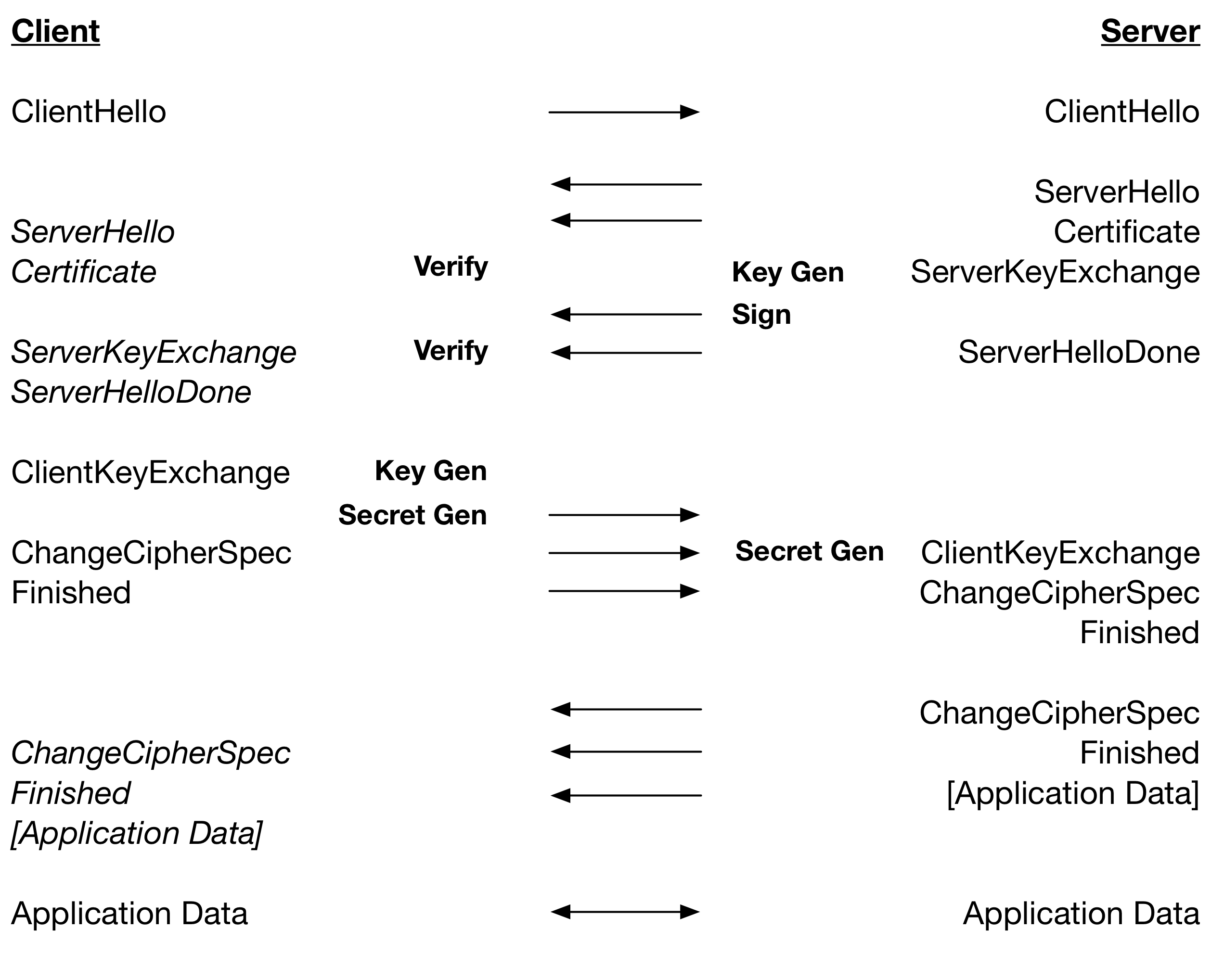 The table below is a restating of the TLS 1.3 handshake including processing of message and the major cryptographic operations. 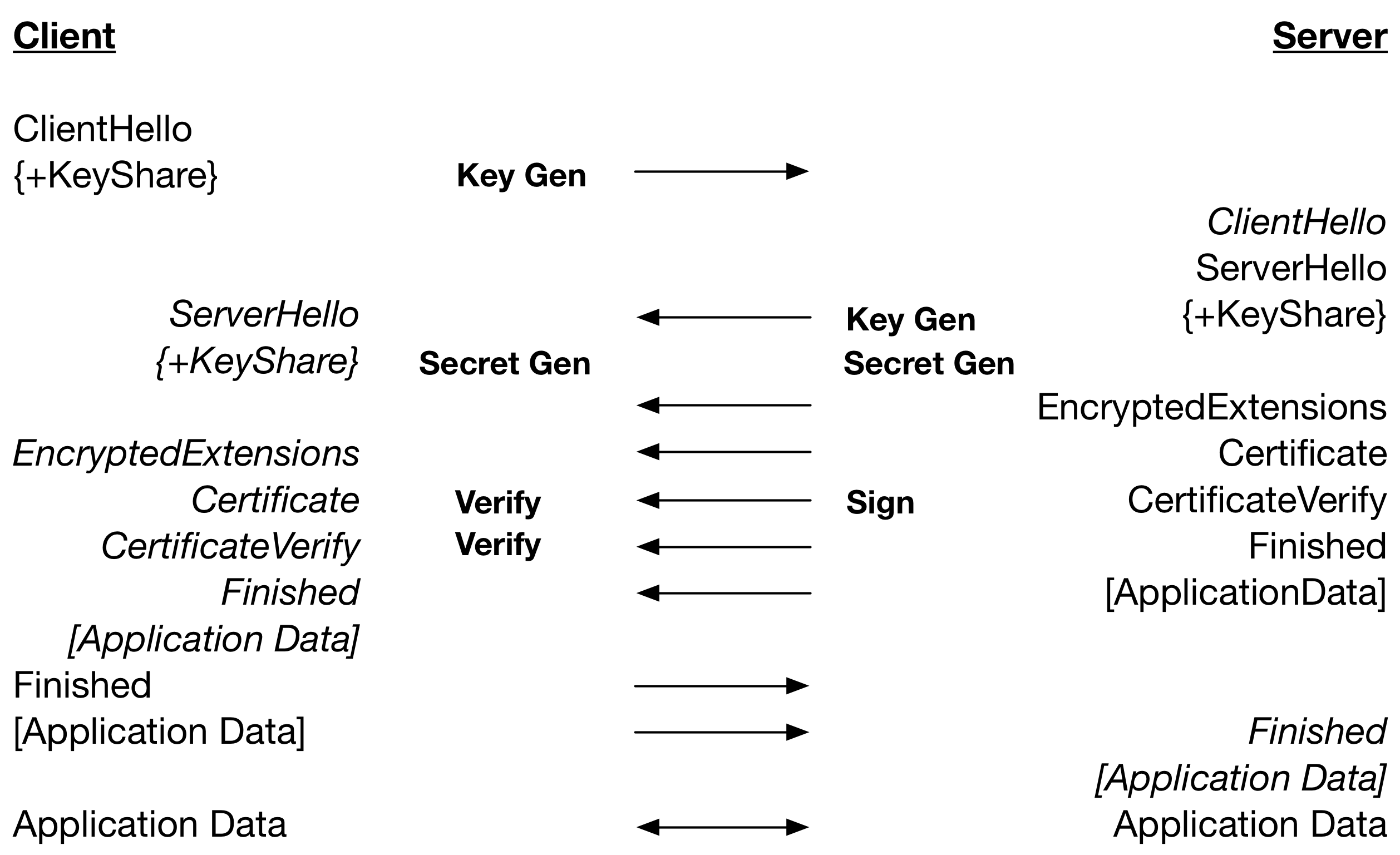 These improvements come for free when using TLS 1.3 without the HelloRetryRequest. The next blog will discuss handshakes using pre-shared keys.

For more information regarding wolfSSL and the TLS 1.3 full handshake, please contact facts@wolfssl.com.