Recent releases of wolfSSL have included new assembly code targeted at the Intel x86_64 platform. Large performance gains have been made and are being discussed over six blog posts of which this is the last part. In this blog, we will talk about the performance of Elliptic Curve (EC) operations over the P-256 curve.

Elliptic curve cryptography (ECC) is the alternative to finite field (FF) cryptography which has algorithms like RSA, DSA and DH. ECDSA is the elliptic curve variant of RSA and DSA while ECDH is the elliptic curve variant of DH. ECDSA and ECDH can be used anywhere their FF counterparts can be used. ECC requires a pre-defined curve to perform the operations on. The most commonly used curve is P-256 as it has 128-bit strength and is in many standards including TLS, for certificates in IETF, and NIST’s FIPS 186-4. Browsers and web servers are preferring ECDH over DH as it is much faster. 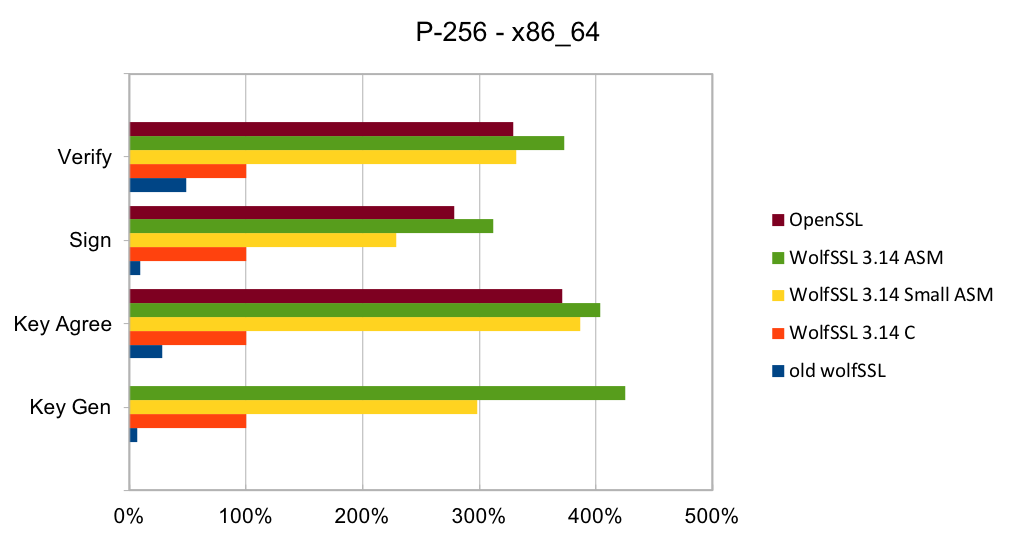